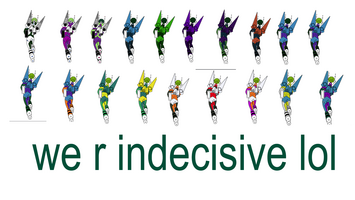 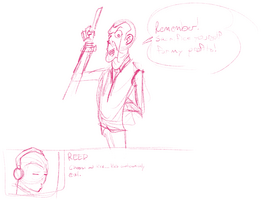 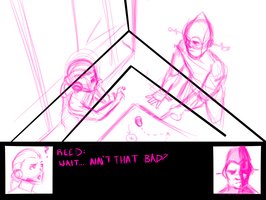 Sam and I are hard at work delivering some improvements to the game, we've done a ton all over, but here's the short version:

Most of the levels for Area 2 have been greyboxed as well. I had a lot of fun figuring out the cool things that can be done with the moving platform mechanics

The main shoot mechanic has been tweaked - shooting now completely replaces your momentum to go exactly where you are looking, rather than adding to your momentum and causing the player to drift

A major glitch has been patched - the player used to be able to jam themselves up against a wall and continuously shoot in order to go really high. The player now bounces off walls much more to prevent this. It still needs more tweaking, and playtesting

The Settings Menu is now functional - allowing the player to change settings such as resolution, sound, and mouse sensitivity

The story's first draft is finished. We still plan on reworking a ton of it, and we want to add in a few new characters and scenes

Concept art for the story cutscene backgrounds has been drafted

We are still trying to decide on what colors to make the main character, and we're having a lot of fun with that

Playtesting the game has shown that the game is fun, but we have these issues to work on:

-in a built version of the game, the camera doesn't follow the player if they haven't adjusted the mouse sensitivity

-the game needs a pause-menu

-the backwards shoot mechanic is not used very much. Considering replacing the mechanic with something else to help the player correct their momentum, but not sure as to what it would be

-a lot of players didnt realize there was a time limit, we need to bring more attention to it