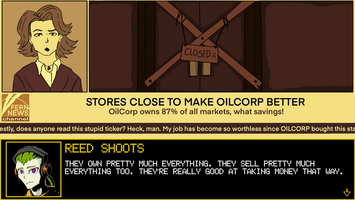 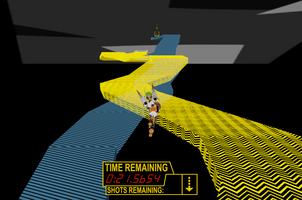 We've got a ton done in the time since our last update post. Apologies for taking so long, we've been pretty busy, but we've also got a lot to talk about!

Level Design - All levels have been greyboxed and art has been applied! Thats 10 levels for areas 1-4, and then 7 for area 5 (which ends in 2 longer boss-fight levels), for a combined total of 47 levels! Wow! Playtesting has shown that we need to make the difficulty ramp in some areas more fair. Most of our challenges are fair, but a few are too easy and a few are too hard, we're working on that!

Boss Fight! - With the new levels, we have a climactic bossfight against a giant mech to finish off this game!

Audio - Music and Sound Effects have been added, and we are pleased to work with so many artists for this game! For those curious, we are working with the following artists: Aeon Bridge, Ej Spark, Stephen D, Nahuales Underground, Don Kenobi, and Chukwa. So thankful we were able to get together such an awesome soundtrack for this game! We've also been doing some folley artistry and sound design work to make the sound effects in this game really cool!

UI: We've got UI for days, complete with cool menu buttons, animations, and sound effects. We've also been hard at work cleaning up what we can to make it look really nice and professional. We've also added a sick Level-Transition loading screen, as well as a long-awaited "Hurry Up!" indicator for when theres not much time left

Playtesting - As previously stated, we've been hard at work playtesting this game. Our reports have shown that people like what we've got, but a few common bugs and complaints are coming up that we're looking to squash. Thank you so much to all our playtesters, your suggestions have helped us make this experience wonderful!

Art  - Finally! We've got reed's main sprites all in! Sam's been hard at work making the cutscene backdrops, and what we've got so far is amazing!

Cutscenes - Playtesting has revealed that people find the characters fun and engaging, but people want a little bit more to the characters. We're working to create more interesting backstories and flesh out the world some more!